First of all "Pfer.di" is a running gag based upon a wordplay in German language. It's a joke and no one should take this whole thing seri-horse.

In Germany, where I live, we have a quite big and powerful union called "Ver.di" which is an abbreviation for "Vereinigte Dienstleister" or "United Service Companies". As the German word for "horse" is "Pferd" and "Pferdchen" or "Pferdi" are more like child speak for "Horse", the simple idea of "Pfer.di" The Pony Union was born in a rather silly mood.

As I like things silly, I started to make member IDs about Pfer.di and started to invent a small idea about a powerful pony union with slightly mafia related structures and a highly corrupt Don-like boss (that’s me ... I can be bribed

The idea behind Pfer.di is and stays a joke and there is no deeper meaning behind that union thing. There is no website, not even this one (I am too lazy to make and maintain one), no membership fees, no official stuff or anything else. It's also definitely not some kind of exclusive "club" for Fury-Fantasy only horses and in fact everyone interested can ask for his membership card and they won't get rejected. There is no charge for becoming a member. It's just fun ... So all we ever need is the breed, name, colour and desired gender of the respective new Pfer.di member. And they don't even need to be real breeds or so ... rainbow coloured unicorn hermaphrodites are welcome too.

So everyone is welcome to join if they want to join a funny idea based on a wordplay that only works in German Language. And no one needs to join just because it might seem to be some official thing. It isn't ... it stays fun :)

Nighty
(Mighty leader of The Pony Union - all hail Nighty!)

Please note: No unicorns were harmed during the production of this website.

Close
No unicorns were harmed during the production of this website. 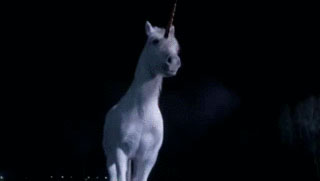